In Memoriam of Natalia Samutina 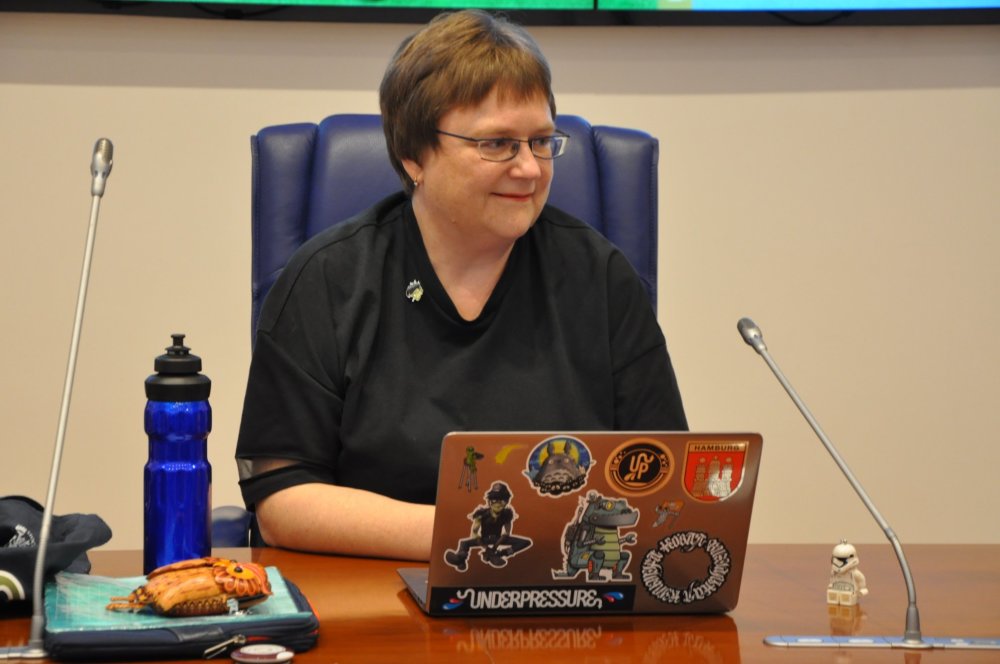 On 11 February 2021, Leading Researcher of IGITI and Head of Research Centre for Contemporary Culture Dr. Natalia V. Samutina passed away.

Dr. Natalia Samutina worked at IGITI from the very moment of its foundation as a researcher and academic secretary of the Institute. In many respects it was her organizational talent that provided a huge success for the seminars of the Institute that had a significant impact on the intellectual life of Moscow in the 2000s. In 2003 her teacher Boris Dubin invited her to be a co-lecturer of his course in sociology of culture at the Department for Social Institutions Analysis of HSE University. A couple of years later he transferred her all the responsibility for the course. Since the beginning of the 2010s Dr. Samutina was the head of the IGITI Research Centre for Contemporary Culture founded at her initiative.

Dr. Samutina entered into science as a foreign cinema researcher. Building on the most recent achievements of Cinema Studies, she would reveal the cinema’s importance in the cultural experience of a contemporary man. This was what she used to do as a Cinematexts series co-editor at the New Literary Observer publishing house. The release of a research book edited by Dr. Samutina on fantasy cinema in that series, the first book in Russia of this kind, became a landmark. Her course on contemporary cinema was one of the most demanded among open optional courses at HSE and nowadays is remembered by many students.

Since the end of the 2000s, Dr. Samutina was focused on the new aspects of contemporary culture research related to the experience of the communities which had been constituting themselves as full participants of the cultural process. Her interest in visual culture and urban contemporary life is embodied in a series of projects initiated by her, dedicated to research of Tsaritsyno park, graffiti and street art. However, the central place in her work was taken by the participatory cultures research, fan communities who maintained through their art and activity the existence of imaginary worlds, the essential part of contemporary culture. Participatory cultures exist in the global world, they overcome the borders of the counties and limits of languages. Natalia was a person who easily overcame these borders and limits. She knew how to succeed as a researcher in any academic circle but she never limited herself to Academy, she was a person open to the culture that "breathes where it wants" like a spirit.

The talent of Dr. Samutina as a human being brought her love and recognition of many people in various parts of the world. Her love for life demonstrated in her struggle against the illness during the years provoked admiration and empowered other people to overcome their own problems and failures. Natalia had to go through the hardest possible for a cancer patient variants of chemotherapy and radiation, which couldn’t fail to have a bad impact on her condition. Despite the exhausting treatment that lasted for years, she demonstrated extraordinary strength, openness, the wish not to change the way of life. She taught a big lesson for all of us at IGITI and for a huge community of the healthy and the sick.

Her intellectual work has been provoking a response among new generations of researchers. As a contemporary culture researcher, Natalia Samutina enlarged the thematic horizon (cinema studies, graffiti and street art, participatory culture) of the humanities research at HSE and legitimized new fields within Russian Academy. As a teacher, academic supervisor and head of project groups, she realized the ideal of a well-reflected interdisciplinary approach in practice (among her students there were researchers of culture, sociologists, philologists, and philosophers that knew what it is like to be a good team). Her academic reputation and academic influence overcame the doors of our university and the academic knowledge itself. Often it was her who was the first mediator for new ideas, projects, and contacts within the university and the global Academy, between university and city. Her passing is an immeasurable loss for our Institute and for HSE University in general. For all who see and appreciate the complexity and the beauty of contemporary culture, who find the courage to research something entirely new.

We express our condolences to the family and relatives of Natalia, to all who regard her passing as a personal tragedy.

We will remember with gratitude the years of our friendship and collaboration.

From the personal page of Natalia V. Samutina

Leading Researcher at Poletayev Institute for Theoretical and Historical Studies in the Humanities, Head of the Research Centre for Contemporary Culture

Associate Professor at the Department for Social Institutions Analysis, Faculty of Social Sciences

Diploma in Cultural Studies (Russian State University for the Humanities, 1999)

Ph.D in Cultural Studies (Russian State University for the Humanities, 2002)