Lizaveta Lysenka took part in the Graduate Student Conference on the Late Soviet Union at The Davis Center for Russian and Eurasian Studies, Harvard University

On April 30, Lizaveta Lysenka, a research assistant at IGITI, spoke at a conference organized by the Davis Center for Russian and Eurasian Studies on Belarusianness in the Songs and Visuals of the Soviet VIA Pesniary. 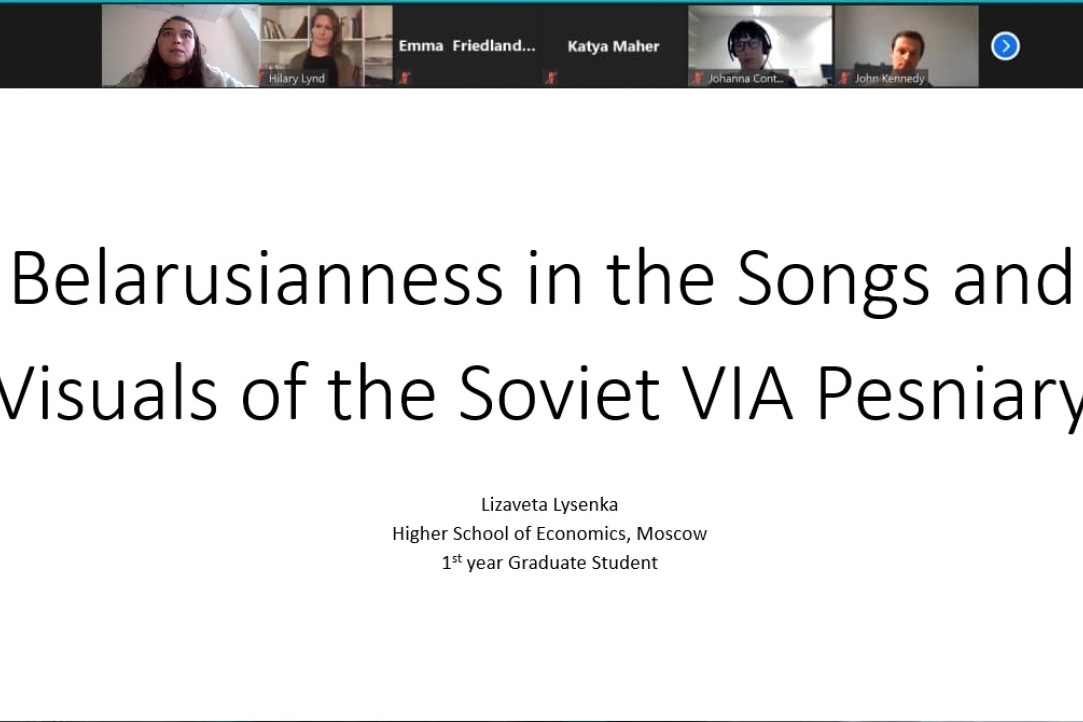 Lizaveta Lysenka's paper focused on how VIA "Pesnyary" represented Belarusianness in music and visual design of albums, music videos, and stage costumes. The national images in their work were considered as an example of the heterogeneity of the late Soviet popular culture and the ambiguity of the relationship between folk and national in it.
The conference agenda can be found on the website of the Davies Center for Russian and Eurasian Studies.

May 14, 2021
Topics
Research&Expertise
About
Research Centre for Contemporary Culture