On March 26-27, Alexandra Kolesnik participated in the conference "Postmodernity’s Musical Pasts: Rediscoveries and Revivals after 1945" at The City University of New York. She presented a paper "Retromania in Contemporary British Popular Music". See the conference programme and abstracts.
Research&Expertise conferences & seminars Reporting an event partnerships
March 30, 2015

Natalia Samutina and Oksana Zaporozhets participate in workshop in Marburg 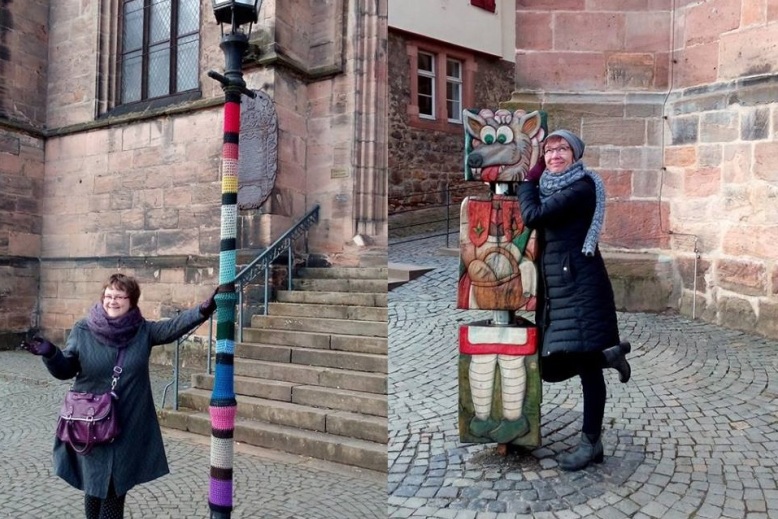 On February 5–6, Yulia Kamaeva participated in the conference "Sustainable Tourism Development in the Changing World", organized at St. Petersburg Higher School of Economics campus. She presented a paper "Thematisation in the light of transformation of the tourist’s image in Russian small historic towns". See the conference program and abstracts.
Research&Expertise conferences & seminars Reporting an event
February 06, 2015

Our new paper: "Strategies of cultural resources management in small historic towns in Russia (cases of Rostovthe-Great and Pereslavl-Zalessky" by Yulia Kamaeva

The paper of Yulia Kamaeva "Strategies of cultural resources management in small historic towns in Russia (cases of Rostovthe-Great and Pereslavl-Zalessky" has been published in the IGITI series of working papers (WP6 “Humanities”).  In the light of the theories of M. Kavaratzis, G.J. Ashworth, G. Richards and J. Wilson author considers the transformations that have occurred in the system of cultural management in two Russian historic towns, Rostov-the-Great and Pereslavl-Zalessky, during the post-Soviet period. The paper deals with identification of new subjects in cultural management system and with changes that have occurred in the structure of relations among the players in that field. See and download the paper.
Research&Expertise publications
January 30, 2015

Our new paper: "The Space of the City and Literary Imagination: the Legacy of Nikolai Antsiferov" by Boris Stepanov

The paper by Boris Stepanov "The Space of the City and Literary Imagination: the Legacy of Nikolai Antsiferov" has been published in the interdisciplinary journal "Enthymema". It is devoted to the discussion of the legacy of Nikolai Antsiferov (1889–1958), a Russian historian who suggested an original design of urban studies in which literature played the key role. See and download the paper.
Research&Expertise publications
January 29, 2015

The round table "Working with Dubin's texts: sociology of culture project through the eyes of disciples and colleagues"

January 16, a round table "Working with Dubin's texts: sociology of culture project through the eyes of disciples and colleagues," prepared by the Research Center for Contemporary Culture, took place at Higher School of Economics. It was dedicated to the memory of Boris Dubin, Russian sociologist and translator, who died on August 20th, 2014. It is impossible to imagine the Russian scientific community without Boris Dubin, who contributed invaluable knowledge to social scienses and humanities. In the framework of the round table his students and colleagues met to discuss his texts, published at different times and devoted to different problems, but still relevant today. Presentations were made by Sergei Zenkin, Tatiana Weiser, Alexander Dmitriev, Tatiana Venediktova, Irina Kaspe, Natalia Samutina, Alexandra Urakova, Boris Stepanov and others. We offer you the reportage in Russian and photos, prepared by HSE news service.
Research&Expertise discussions In memoriam Reporting an event
January 21, 2015

On November 4-5 Alisa Maximova participated in the interdisciplinary postgraduate conference "Museums Alive! — Exploring how museums behave like living beings" at the School of Museum Studies, University of Leicester (UK). She presented a paper "Social organisation of experiments in museum: notes on interaction with hands-on exhibits".
Research&Expertise conferences & seminars Reporting an event
November 10, 2014

A new paper in English from our “popular music team” has been published at the HSE university working paper series. The paper by Natalia Samutina can be downloaded here for free: http://papers.ssrn.com/sol3/papers.cfm?abstract_id=2512814