An overview of The VII Poletayev Readings

The VII Poletayev Readings, an annual conference in memory of the founder of the Institute Andrey Poletaev, were held at Higher School of Economics on September 22. See an overview of presentations.

On Sept. 22, 2017 the Institute for Historical and Theoretical Studies in the Humanities (IGITI) held its seventh annual Poetayev Conference, which coincided with the fifteenth anniversary of the Institute. The theme of this year's conference was Humanities in the Third Millenium. The four sections—Stratetegies and Paradoxes of Conceptualization, Helicon's Eastern Slope: The Turn to the East in European Classical Studies, Contemporary Cultural Studies Beyond Big Theories, and The University Person in Social and Humanitarian Scholarship in the 21st Century—were meant to represent the main lines of the Institute's work and its four distinct centers.

The first section—Strategies and Paradoxes of Conceptualization—sought to take a snapshot of the state of the field in the «human sciences» and highlight the most important theoretical problems that contemporary humanities research runs up against. IGITI's director, Irina M. Savelieva, opened the section with a paper entitled "History and Theory: Return to the Real". Basing her talk on an analysis of the concepts in the journal History and Theory, I. M. Savelieva pointed to three main trends: rethinking of the category of "historical time", articulating a new approach to "world history", and the emergence of the phenomenon of "interventionist biography". In his talk entitled "The Untheoretizable: What Militates against Theory", Sergei N. Zenkin (RGGU) attempted to define cultural phenomena that do not allow theoretization: image (esp. visual), mimesis (connecting the imitation with the original), and deed (having meaning and purpose, but not reduceable to those). And finally, in his presentation "History of Knowledge after the Linguistic and Translational Turn", Jan Surman (IGITI) addressed the challenges experienced by the history of science in its encounters with different possibilities for the relationship between knowledge and language proposed by different humanities disciplines in the 20th and 21st centuries.

The topic of the multiplicity of "turns" in humanities continued in the next section: Helicon's Eastern Slope: The Turn to the East in European Classical Studies. The first paper of this section, Nina Braginskaya's "Orientalizing Revolutions: How Many of Them?", showed that the specificity of European culture made any organic connection between antiquity and Eastern traditions very problematic. Debates around this subject reflected key turns in the self-understanding of classical studies. Pavel Sokolov's talk "Chaldaica Traditio and the Poetic Wisdom of the Pagans: The Nemwrud Myth in Samuel Boschar and Giambattista Vico" was devoted to the early modern origins of the debate about the relationship between the ancient European and Oriental cultures. As Sokolov showed, the main question became not so much about the debts of European culture to ancient Orient but rather about the question of the intertwining of two separate "Eastern" influences: ancient pagan, reflected in classical texts, and ancient Jewish, contained in the Bible. In the presentation that concluded this section, "Orient v. Morgenland: the Romantic Myth and search for the Sources of Antique Culture", Petr Rezvykh, examined the debate of the 1810-20s about the origins of Samothracian cult of the Kabiris. Arguing whether this mystery cult was rooted in ancient Hindu or ancient Semitic traditions, the opposing sides in that debate drew on, respectively, natural philosophy and theology.

The section Contemporary Cultural Studies Beyond Big Theories continued a line of thinking already suggested by Sergei Zenkin. The first half of the section was dedicated to our understanding of urban space. Oksana Zaporozhets's (IGITI) talk dealt with the concept of neighborhood as a key to analysis of human experience and mechanisms of social communication in the city. P. S. Kuprianov (IEA RAN) and Boris N. Stepanov (IGITI) were both interested in the underlying forces behind "New Local Studies/Histories": the "anthropological" focus on the past, the importance of private memory of places. The second part of this section began with M. I. Kuleva's (NRU HSE StP) talk on new cultural institutions in Russia, and the experience of their workers there, which she compared in turn to oasis and prison. L. A. Alyabeva (NRU HSE StP & Theory of Fashion) spoke about the history of high fashion. The section was closed by Natalia V. Samutina's (IGITI) presentation on "Global Fan Cultures" about communities of fans which transgress national and language barriers and creatively re-interpret products of mass culture.

Finally, the fourth section—The University Person in Social and Humanitarian Scholarship in the 21st Century—was opened by the head of the University Studies Center at IGITI, Elena Vishlenkova, who presented the latest research of the center: the analysis of the ages and generations of the scientific community. Speaking about "Academic Elders, Young Professors, and Old Students: a Generational Approach to the History of Higher Education in Russia in the First Half of the 19th Century", Tatiana Saburova (IGITI, Indiana University) spoke about the necessity to understand "generation" as a constructed symbolic community. As an example of such a construct, she dwelt on the self-identification of university professors with the generation of 1880s. In the next talk, A. B. Rusanov (IGITI) described the main characteristics of the images and metaphors used in medieval sources for describing the university corporation, their relationship with social practice and visual representations. In her talk on "Forms of Solidarity among Classical Philologists in Russia, 1830s to 1860s", K. A. Ilina (IGITI) examined the first years of the development of classical philology as a discipline in Russian universities and the importance attributed to it by educational reformers. Based on the archives of the Moscow State University and the Academy of Sciences, Kirill Levinson's (IGITI) presentation on "Experience or Innovation: Age Preferences in the Cadre Policy of Soviet Scholarship" reconstructed the changing valences of "age" in official documents from 1945 to 1991. In particular, his talk dwelt on the rhetoric of innovation and the emergence of the so-called "Councils of Young Scholars". And finally, V. S. Parsamov (IGITI) spoke about "J.G.Oksman: the University Man and the Revolution". Oksman's relationship to the Revolution of 1917 was examined both in the context of his academic work (that is, his relationship with other OPOYAZ members) and his public conduct.

October 12, 2017
About
Poletayev Institute for Theoretical and Historical Studies in the Humanities
About persons 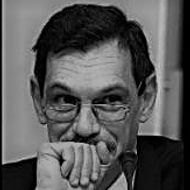