On September 26–28, a Summer School for paleography and autobiography studies was organised by IGITI and German Historical Institute in Moscow (DHI).

On September 26–28, a Summer School for paleography and autobiography studies was organised by IGITI and German Historical Institute in Moscow (DHI). The aim of the event and its main organizers, Kirill Levinson (IGITI) and Denis Sdvizkov (DHI), was to teach the skills of reading handwritten texts in Gothic script, which was used from the 16th to the 20th centuries. In addition, the issues of ego-documents’ (Selbstzeugnisse in German) critique and epistemology were taken into particular consideration.

During the school, Russian and German speakers held lectures on the typology of those manuscripts and on their use in historical studies. Among the researchers were Albrecht Ernst (Central State Archive of Stuttgart), Ingried Schierle (Eberhard Karls University of Tübingen), Jana Larina (Reseach Institute of the Military Academy of the General Staff of the Armed Forces of the Russian Federation), Tatiana Kostina (St. Petersburg Institute of History of Russian Academy of Sciences), Denis Sdvizkov and Elena Lisitsyna (Ludwig Maximilians University of Munich/Higher School of Economics in Moscow). Along with the presentations, the practical lessons on the reading of manuscripts were held, as well as tours around the archives of Ancient Acts (RGADA) and Social-Political History (RGASPI) to see German manuscripts. Participants expressed a great hope that the meetings of this sort will be continued and that the result could be an internet/paper-manual on reading the Gothic script.

September 30, 2019
Topics
Education
Keywords
ideas & experience students Reporting an event
About
Poletayev Institute for Theoretical and Historical Studies in the Humanities
About persons 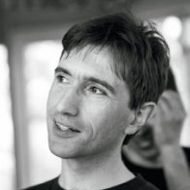 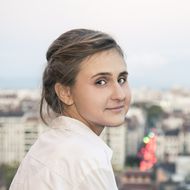