HSE is discussing the HSE University Code of Conduct for Research and Teaching Staff. Aleksei Pleshkov, Director of Poletayev Institute for Theoretical and Historical Studies in the Humanities, commented on the new document.

The Code of Conduct is an important document for HSE University, so both employees and students should participate in its discussion. You can send your suggestions and comments via email to ethics@hse.ru.

Aleksei A. Pleshkov
Director, Poletayev Institute for Theoretical and Historical Studies in the Humanities

Thank you for the first draft of the Code of Conduct for HSE University Academic Staff and for the opportunity to share suggestions and comments regarding this document. I hope we will soon have a chance to discuss it face-to-face. And I also hope there will be many more discussions like this. A code of conduct is an important matter for all of us. Please find below a number of comments about the current draft (ranging from those that are more specific to more general):

1.   Some of the phrasing in the current draft of the Code does not seem to be quite to the point.

The sphere of ethics in many ways is beholden to that of rhetoric, which is why any ill-chosen word can have disastrous consequences. For instance, the words ‘We rely on global academic…’ 1 imply that our university is in a subordinate position; this kind of heteronomy is damaging to the university’s self-presentation. Julia Annas, a philosopher and an expert on ethics, suggests carrying out a thought experiment: imagine a person who always does what his or her mother says. Suppose this person consults his or her mother about each situation and does as instructed. By no means can we call this person an ethical human being, let alone an independent adult. The wording can be improved quite easily by writing that ‘We are part of an international Academy and therefore we share standards of…’

1 Translator’s note: hereinafter the English wordings of the Code are sourced from here

HSE Life publishes the full text of the code

For instance, ‘HSE University promotes a healthy lifestyle… we try to maintain good physical health…’ Suppose we have a colleague who doesn’t care about keeping themselves fit: they don’t play any sports, they are noticeably putting on weight, and they experience more and more breathing difficulties when climbing stairs. Can this really ‘serve as the grounds for making administrative decisions’? All the provisions of the Code must be consistent with one another; otherwise, there should be established a clear hierarchy of ethical principles, along with explicit procedures of discussion and assessment of colleagues’ behaviour in accordance with this hierarchy.

3.   This Code is expected to establish the ethical framework for principles that govern professionals’ behaviour (which is quite also problematic—see item 5 below).

However, as far as professional ethics is concerned, the Code includes too many provisions related either to common ethical norms or specific rules before even dissolving into general regulations and Russian laws. They are unnecessarily excessive for the Code. For example, ‘If sick, we do not come to work if there is a clear risk of infecting others’. How is this specific to the ethical conduct of a teacher or a researcher? This is a common ethical standard of behaviour and a moral rule of thumb; it is not specific to professional ethics. We read further that ‘Furthermore, smoking is not permitted on the premises of the University’s buildings’. This is simply prohibited by law. What does it have to do with professional ethics? 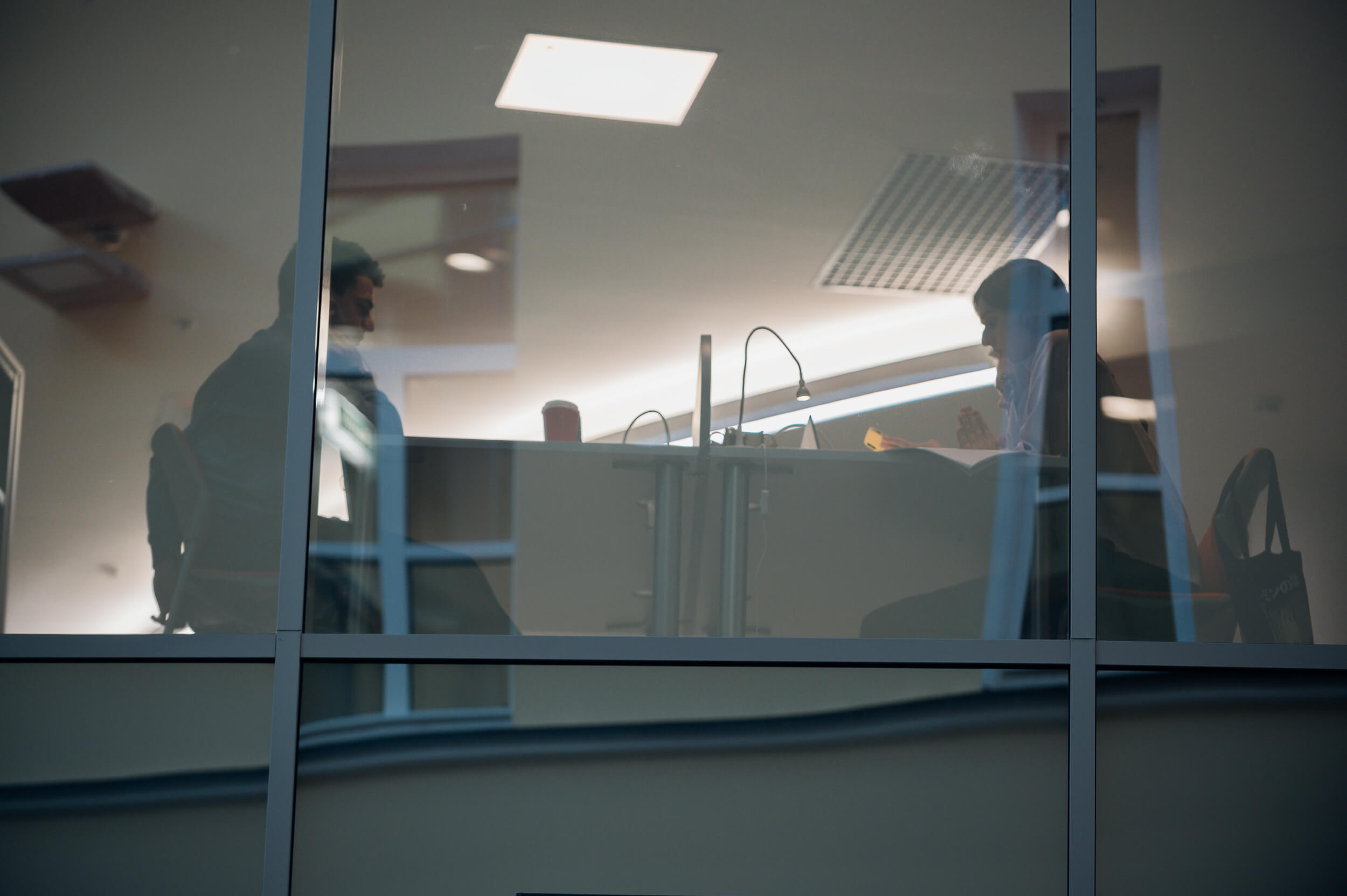 4.   Although it is a regulatory document describing rules to be adhered by, the Code relies on existing practices.

In other words, unlike the Declaration of Values outlining the horizons of the University’s Idea, the Code is a practical guideline (Aristotle emphasizes that virtue is practical, and that the purpose of ethics is to become good, not merely to know).

For example, the Code begins with great words reflecting a particular Idea of the University: ‘The goal of our professional activity is the pursuit of scholarly truth.’ Yet, how does it relate to actual practices? A research university is a status, but our university is huge, and it is not only a research institution, but also an educational one (at the end of the day, about 50% of our academic staff do not undergo publication activity assessment).

Another important question is how the idea of the ‘pursuit of truth’ relates to the ‘project-oriented’ strategy—our university’s key strategic idea to have been implemented by 2030? For instance, is it ethical to require International Laboratories—key research centres of HSE University—to attract obligatory external financing as part of achieving their KPI targets?

A modern university is a constellation of very different practices and interests, and a correspondingly modern Code could reflect this, instead of merely sponging on traditional rhetoric—this is harmful to ethics. As the philosopher José Ortega y Gasset says (although these words are too straightforward to be cited for our discussion of the Code without mincing), ‘When hypocrisy becomes a usual part of a person or an institution’s daily routine, it leads to utter moral decay. This ultimately results in moral degradation, since it is not possible to grow accustomed to lying without losing one’s sense of self-worth.’

5.   The familiar gap between ideas and practices gets wider due to the explicit categorization of ‘people of the university’.

As a matter of fact, it’s done sometimes. But this doesn’t, in any way, justify the design of the ethical dimension of our university (see item 1 above). The turmoil that our university has suffered over the past few years seems to make us strive for a common code rather than a code that is specific to students/academic staff. At the end of the day, the Code is justified in saying that we often rely on different systems of universal values, political preferences, and theoretical schools.

However, university (academic) ethics is something that brings us together. University (academic) ethics is not a professional code of behaviour; it is something much wider and more complex. Without common ground to which it should refer, the Code will be seen just as a ‘stick’ aimed to control teachers and researchers. Where is, after all, the Code for administrative staff (back-office, front office, top managers)? And if those codes are fundamentally different from the code for students and the code for teachers, where is our University as a Common Endeavor? I tend to think that our situation unequivocally calls for a common code of conduct that would unite Deputy Rector, teachers, students, and managers of academic programmes.

6.   When we discuss ethical framework regulations with students, we use a scheme that allows us to differentiate them at a fundamental level.

This scheme includes the following categories: (i) agent (the person or entity entitled to put someone’s behaviour to a final moral test); (ii) motive (why the rules of this Code of Conduct should be adhered to); (iii) freedom (what is meant by freedom in this Code of Conduct); (iv) happiness, well-being (which is expected to be achieved by the Code; and (v) virtues required for the Code to be implemented. 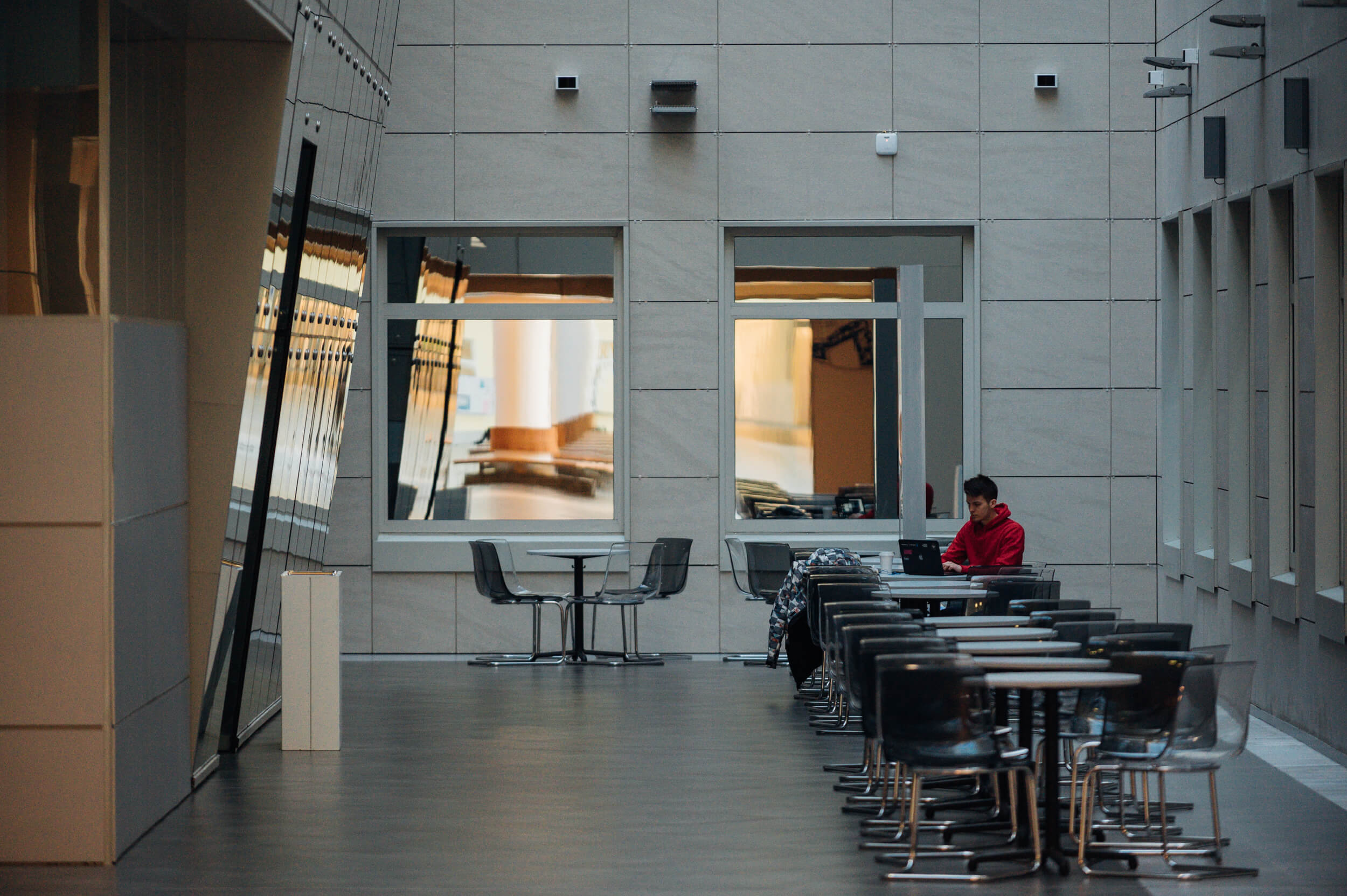 Explication of these categories forms a basis without which the ethical space cannot exist. Unfortunately, the current draft of the Code fails to clarify these categories.

(i)         Agent. We might think that this Code of Conduct should assign the role of agent to teachers and researchers, but this is not the case. The right to put someone’s behaviour to a final moral test is given to unclear ‘authorized subdivisions and officers’ or to ‘Russian legislation’. While we could try to find a good balance in terms of the former by applying explicit internal procedures, the latter would just kill ethics. Ethics and legislation are independent areas, and we must not subordinate ethics to law. To paraphrase the words of a well-known philosopher and lawyer Ronald Dworkin, we would say that ‘if we take ethics seriously’, we should understand that ethics can sometimes contradict law.

(ii)        Motive. We might say that the motive is the pursuit of truth, but this clearly contradicts the practices that shape the image of a modern university (see item 4 above).

(iii)       Freedom. This seems to be the only explicitly written clause (although its explicit nature characterizes university (academic) ethics as a whole, rather than standards of the academic staff’s professional behaviour). Academic freedom is not the ability to do whatever you want and say whatever you want wherever you want; it is ‘the right to independently develop your own topic, employ and develop the necessary approaches and methods, as well as select colleagues and form groups for joint activities’.

(iv)       Happiness, well-being. It is unclear what these things are. A contemplative life in pursuit of truth according to Aristotle is ideal but this is obviously not happiness for a modern university. So why don’t we seriously try to figure out what it is (taking into account economics and politics, but, first and foremost, science and education)?

(v)        Virtues. Descriptions of various virtues are scattered throughout the Code (objectivity, honesty, transparency, etc.), but given the ambivalence of the Code, most of these virtues, i.e., habits cultivated by actual practices, turn out to be abstract ideas we only pay lip service to.

To summarize, I do not think we should adopt this version of the Code. The draft seems to have been written by a number authors who hold entirely different views and understandings of ethical norms. This ‘puzzle’ structure can be analyzed from the point of view of both ‘theoretical basics’ (incorrect wording, inconsistency of some ideas due to an unclear hierarchy, critical ambiguity of certain provisions, ambivalence of the basic conceptualization, etc.) and ‘practical [potential] consequences’ (even greater fragmentation of the ‘people of the university’, an increasing internal tension, the feeling of ‘screws being tightened’ and building an ‘overwhelming control and punishment’ system).

It is much easier to criticize than to suggest something. Therefore, to conclude, I would like to outline a few positive recommendations as follows:

0.    Let’s not adopt the Code now when we are in a very difficult situation, and we have not completely overcome recent challenges.

1.   Let’s engage professional ethics researchers and teachers into developing the Code of Ethics. Ethics is a well-established but rapidly growing philosophical sub-discipline; it is consuming both intellectually and in terms of time.

2.   If we really take it seriously, the Code of Conduct should be developed based on interdisciplinary research: philosophical (concept framework), historic (to find out the ‘depth’ of our Academy’s typical practices), sociological (to demonstrate real ethical and axiological approaches of the university’s staff, and not just hollow declarations).

3.   I indeed believe that HSE is a wonderful university, and we are certainly able to produce a Code of our own. As a guiding concept, I would probably suggest three crucial underlying components: ‘common endeavor’ of neo-republicanism + ‘wellbeing’, and ‘virtue’ of the modern virtue ethics.

Anyway, in my opinion, we are not quite ready for a Code of Conduct.

May 08, 2020
Topics
On Campus
Keywords
Code of Conduct
About
Poletayev Institute for Theoretical and Historical Studies in the Humanities, University Life